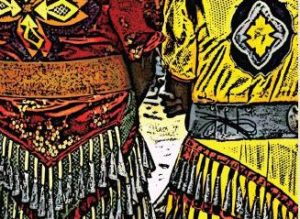 In 2014, the University of North Carolina at Chapel Hill (UNC) signed a resolution with North Carolina tribes resolving to hold an annual gathering of the eight NC native nations on campus to hear directly from tribes about ways the University can support tribal sovereignty, self-determination, and Native nation rebuilding through research, teaching and service.  The annual gathering is called the Forum on the Role of Higher Education in Native Nation Rebuilding (Forum) and is hosted by the UNC American Indian Center (AIC or Center). During the Forum, tribes consult with the University on ways to bring the expertise of the University to bear on some of the most pressing issues in Indian Country.

Discussions at the 2016 Forum centered on identifying ways to recruit and create access for Native students at UNC and other institutions of higher education. There were four goals for the 2016 Forum.

American Indian Center staff complied the feedback and recommendations offered at the Forum to create the following report.  The recommendations set forth in the report may be used by University staff as a guide to creating greater access and success for American Indian students at UNC and in higher education generally.