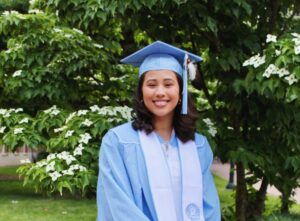 Lexy Locklear, from Pembroke NC, is a member of the Lumbee Tribe. While at UNC-Chapel Hill she was a sociology major with an American Indian and Indigenous Studies minor. She started off her undergraduate journey as a Political Science major, but after taking some American Indian and Indigenous Studies courses as well as a sociology course, she realized just how interested she was in the topics and wanted to learn more about the material. She said she chose Sociology because she felt that it would make her more well-rounded and AIIS because she fell in love with the material as well as having American Indian professors and peers. Lexy said that she “loved being surrounded by people with similar experiences, interests, and goals.”

While at UNC, Lexy worked as a guest services lead at the Carolina Union, was the Dean of Pledges and Service Chair for Alpha pi Omega, Sorority Inc, and was Banquet Chair for the Carolina Indian Circle. Her junior year, she also interned at the Compass Center in Chapel Hill through the APPLES service learning office at UNC. There, she fell in love and found her passion for working directly with victims of violence. After the course of her first internship ended, she landed another internship at the Compass Center and also landed a job there.

After graduation, Lexy currently serves as the Youth and Community Specialist at the Rape Crisis Center of Robeson County. The decision to work here stemmed from her love of her positions at the Compass Center and her passion for advocating for victims of violence. Lexy specifically wanted to work with Native women, as more than 4 in 5 Native women have experienced domestic violence and more than 1 in 2 have experienced sexual violence. These statistics have been something that have been on her mind since she first discovered them, and she has always known that she wants to dedicate her life to working to change this.

When she first began working at the Rape Crisis Center, she was notified of a grant that would allow her position to work directly with Native women. She was overjoyed, and said that “this was confirmation for me that the Rape Crisis Center is where God wanted me.” Her position allows her to work with multiple age groups to educate and inform in a hope to equip the community with tools to prevent sexual assault and violence.

The work that Lexy has done is immensely admirable and shows in so many ways what Native students are capable of. We applaud Lexy for everything that she has accomplished so far, and are looking forward to seeing where she continues to grow! 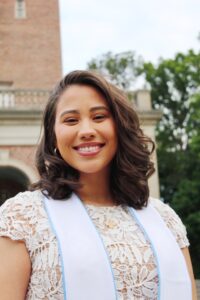 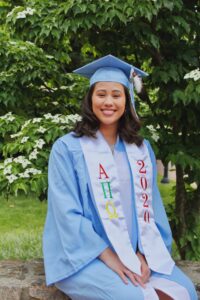 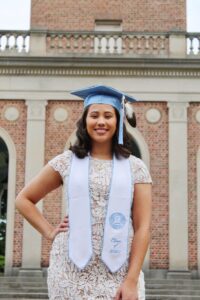 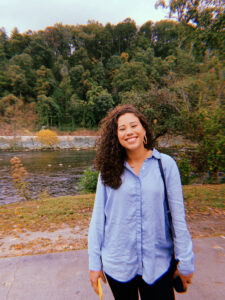